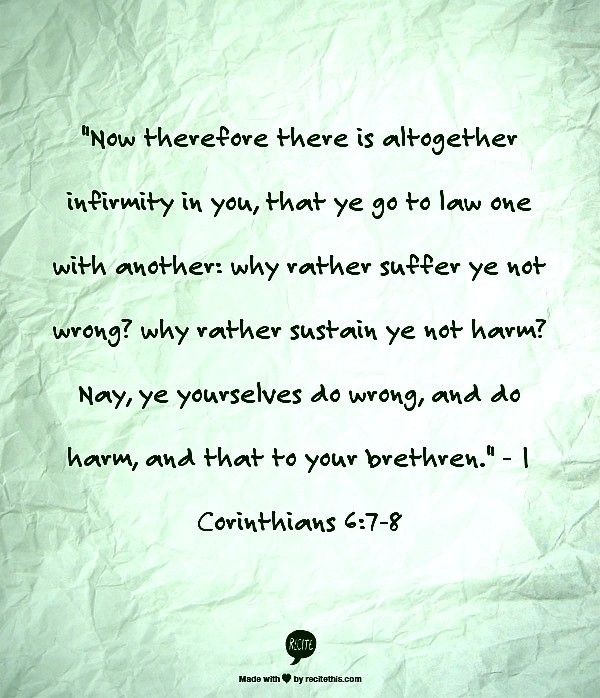 The opening language used by the apostle to address this error of the Corinthian believers going to law with one-another before unbelieving magistrates/judges/rulers is noteworthy.  Said he, “so you have such (reckless/sinful) boldness to go to law before the unjust?  (1Cor. 6:1).

The Lord considers that His house (the church) is self-sufficient to settle all matters that arise within it, hence the apostle’s argument as to whether there was not a single wise man among them, who could resolve matters between one and the other (1Cor. 6:5).

It must be noted that, the apostle’s recommendation of setting “the least esteemed” in the church to settle matters (1Cor. 6:4) does not conflict with the tradition as seen in the passages above.  This is because, “the least esteemed in the church” does not imply” ignorant and foolish people”, but people full of wisdom, the Holy Spirit, God-fearing people and people of honest report, though they be not apostles and the like (cp. Acts. 6:3-5).

Apart from the reason of the church being self-sufficient for the settlement of matters arising between the members, believers going to law before the unjust is prohibited because of the following additional reasons:-

NB: Going to law before the unbelievers does not only mean going to the established law courts.  It also implies saints reporting matters arising between themselves to their relatives for judgment.

So that, just as sin reigned in death, so also grace might reign through righteousness to bring eternal life through Jesus Christ our Lord.
Romans 5:21