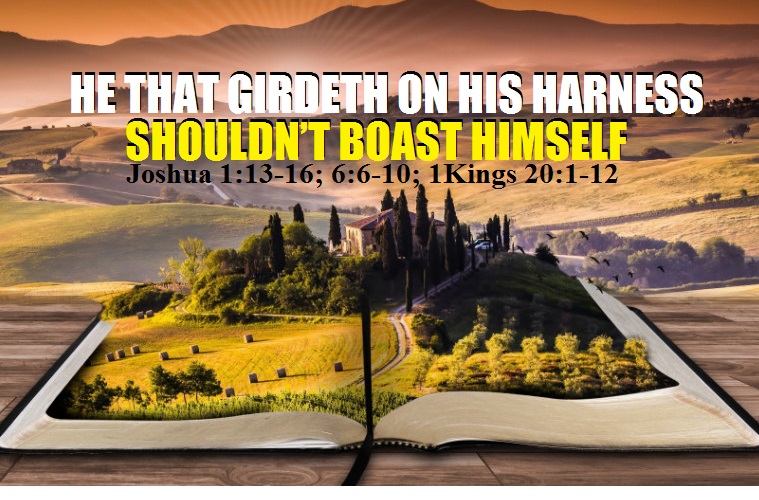 Benhadad’s proud spirit sends Ahab a very insolent demand. He was not only to pay him tribute out of what he has, but hand over his title to Benhadad (1Kgs.20:2-3). Ahab’s poor spirit sends Benhadad a very disgraceful submission. if he had not sinned and provoked God to depart from him, Benhadad could not have made such a demand.

One cannot serve two masters at the same time, if God is not ruling over one then devil is. A rebel to God is a slave to Satan.

The proverb given by King Ahab to the proud King in ‘1Kgs.20:11”, was the only thing that turned God’s face toward him and the entire Israelites because God’s glory cannot be shared with any other creature.

Today, there are so many in this country that are playing Benhadad because of power intoxication;  they make derogatory statements, demanding whatever they desire whether right or wrong.. They feel that power belongs to them: the resources (human, natural, financial, material) are in their possession.

Sadly, the member of the Church of the living God have sold themselves through compromise and love of the world; as a consequence the enemy is oppressing them as it was in the time of the Judges. But as we remember that our God who is the Owner of the whole universe and in His hand is the breath of all creatures, we can tell any forms of Benhadad’s  “let not him that girdeth on his harness boast himself as he that putteth it off” (1Kgs.20:11; Prov.27:1).