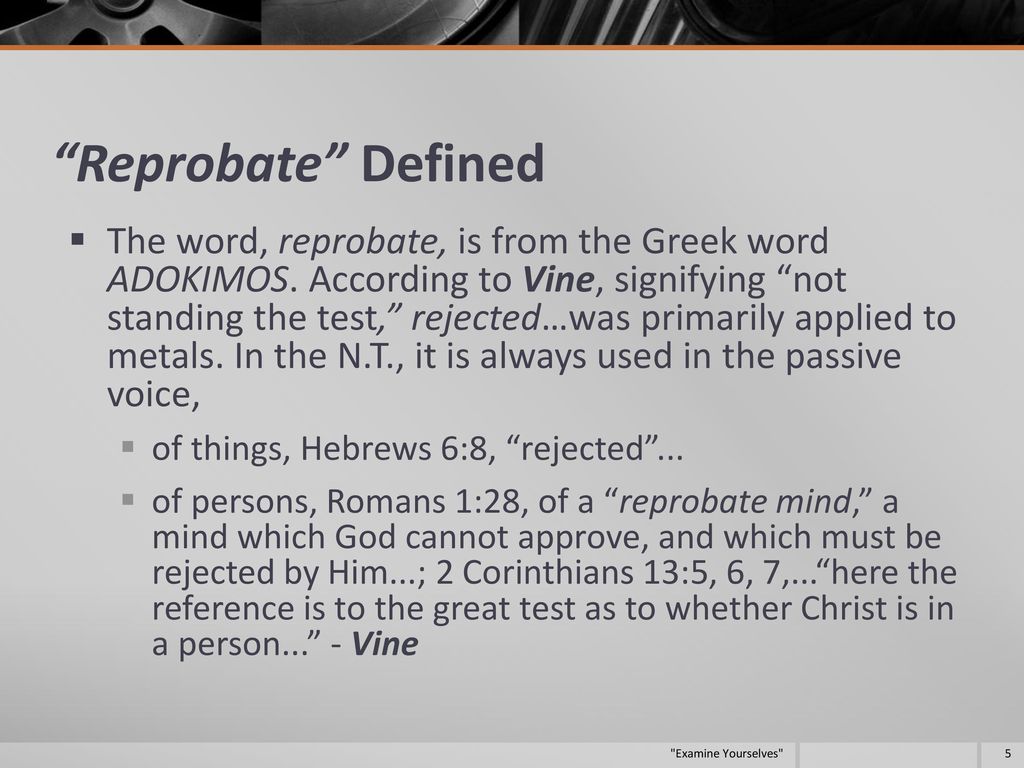 No one has any excuse for not believing in God, for God has sufficiently revealed His existence in His creation (v.19-20). Everybody by his own choice either accepts or rejects God. Although many people believe in the existence of God, some have chosen to worship idols which are emblems of rebellion against God. The idols may be living creatures or graven images.

Idolatry has a powerful satanic force behind it, which influences the worshipers into other sins like sorcery, witchcraft, adultery, fornication, murder, etc. (v.21-28). Although they know that it is bad, yet they refuse to turn to God. And because Satan yokes them, they cannot help committing these sins; and God, in turn, rejects them(cons. Tit. 1:16; Rom. 1:28-32).

Although our text addresses the activities of the godless/wicked, and the depravity of the unregenerate, it also indicates one of the ways Christians can become reprobates (vs.32). This is through the sin of indifference and pride which begins to play when there are some spiritual attainment and/or material achievements recorded by clergy or laity, forgetting that those attainments and achievements were by the grace of God (cons. v. 21-22, 25; Dan. 4:27,29-30; 1Cor. 4:7; Eph. 2:8-9; Rev. 3:14-18).

Look at the birds of the air; they do not sow or reap or store away in barns, and yet your heavenly Father feeds them. Are you not much more valuable than they?
Matthew 6:26

It is the Lord your God who has fought for you.

For freedom Christ has set us free; stand firm therefore, and do not submit again to a yoke of slavery.

It is the Lord your God who has fought for you.

For freedom Christ has set us free; stand firm therefore, and do not submit again to a yoke of slavery.