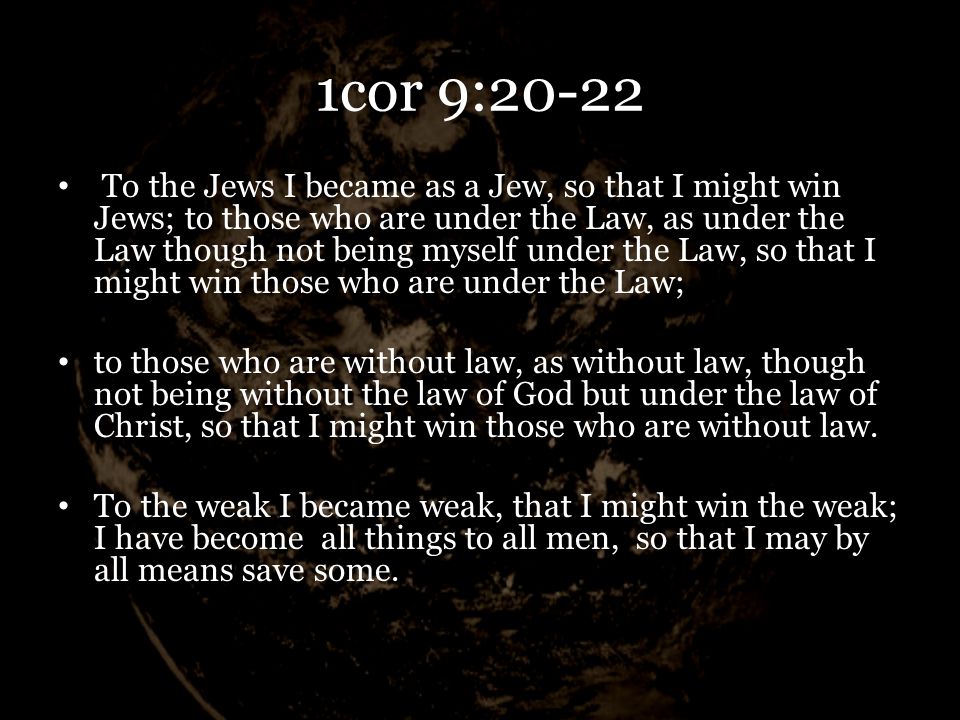 The apostle, knowing the truth of the arguement, knew that he could not do without preaching the Gospel, since mankind cannot do without the Gospel, so he made himself every thing, so as to win the people. This is what naturally follow, if anyone becomes convicted of the truth.

In our circumstance, the verses IN 1Cor. 9:20-23 can mean the following, among other things:-

(i) Car owners turning to public transport commuters in order to win those commuters.

(ii) City people returning to the villages to live and work in order to win the village people.

(iii) Mature people attending the meetings of town/village unions in order to win those there.

(iv) Mature people learning the psychology of children so as to minister to them and win them to the Lord.

(v) Mature people purposely making friends of those with religious poison in order to win them to the Lord.

(vi) Healthy people putting themselves in the shoes of sick people, so as to win them.

Think out what you can do in agreement with this principle of making ourselves everything in order to win others.

In distress you called, and I delivered you.

I, I am the Lord, and besides me there is no savior.

In distress you called, and I delivered you.

I, I am the Lord, and besides me there is no savior.