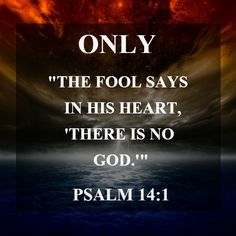 The unregenerate, that is, the sinner must put on some vision which lead him/her to salvation. The following case study will help to prove the point.

Ruth was a Moabitish lady who got married to an Israelite who migrated from Israel to the land of Moab because of famine (Ruth 1:1-4). On the death of Ruth’s husband, the appropriate thing for her to do was to depart and seek another husband, particularly since there was no ripe person in the late husband’s household to take her over (Ruth 1:8-13). But Ruth, though she had an idolatrous background, had the vision of serving the God of Israel (Ruth 1:14-18) So she insisted on that goal and would not be dissuaded whatever. In the end, her vision earned her a change in relationship, from relationship with the idols of her country to relationship with the Lord of heaven. She later became married to Boaz and became the grandmother of David and one of the progenitors of Christ Jesus (as it were) (Ruth 4:9-13; Matt.1:1-16).

The lesson from the above is clear. Vision leads to salvation. The unregenerated in this retreat can put one or more of the following visions:-

(i) entering heaven at the end of life;

(ii) being one of the fine Christian people that he/she has been admiring;

(iii) having forgiveness for all sins, the peace of Jesus that passeth understanding;

(iv) being one of the dynamic servants of Christ before death.

As he/she puts on these visions, he/she is motivated to stay on until he/she prays through to forgiveness of sins and Christ is formed in his/her heart.

NB: The backslider must learn from what vision can do for the sinner and also put on such vision that could lead him to restoration.

God is our refuge and strength, an ever-present help in trouble.
Psalm 46:1

Amos about injustice in Israel:

The Lord has sworn by the pride of Jacob: Surely I will never forget any of their deeds.

O Lord, be gracious to me; heal me, for I have sinned against you!

Amos about injustice in Israel:

The Lord has sworn by the pride of Jacob: Surely I will never forget any of their deeds.

O Lord, be gracious to me; heal me, for I have sinned against you!